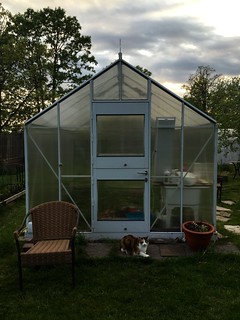 What Iâ€™m doing in Rethinking Composing in FedWiki is looking at both street-level techniques and rhetorical strategies.

Iâ€™m setting aside some of the patterns from traditional wiki writing (ThreadMode, DocumentMode, the WikiWord, the fallback use of bullet lists) for patterns more aligned with the distributed nature of FedWiki. Even the pattern of moving from ThreadMode to DocumentMode goes away for a move from Dissertation to Discourse.

A few things are lost: WikiWords as topics, for instance, is a loss because it serves as such a quick way of creating a linked page, a quickness and facility that the wiki was named for. But that quickness is a feature of the new rhetorical context Iâ€™m addressing in Rethinking. Yeah, being able to create and link nodes with little effort is good. But what goes in the nodes needs some refinement to be valuable to oneâ€™s federation. We were taking the quick-to-create-a-node idea into quick and easy to create content. Rather than outside research and serious drafting, we would go onto ThreadMode-like freewriting. Even formatting is implicated in the drive for speed: bullet lists instead of formed paragraphs. We worked with the idea that someone else would come along and tidy things up.

Iâ€™m thinking about a different way of thinking about software tools. A move from valuing them for their Ease of Use to valuing them for their Augmentation. Using a tool for the augmentation of intellect is not easy to do, and itâ€™s not easy to learn how to do it. In augmentation, at the very least the tool doesnâ€™t get in the way of doing something new. At best, the tool changes understanding. Iâ€™m not looking at FedWiki as a typewriter-like tool, where work is selecting from a finite set of signifiers, so much as a painterâ€™s brush and pallet, where work involves conceptualization and reconceptualization. Yeah, itâ€™s an art rather than a transcription (which a lot of ThreadMode tends to be: a transcription of commonplaces).

The significant change in the rhetorical situation of writing with FedWiki is a move from a shared commons to a locally-owned federation. This move changes how we handle multiple arguments and points of view. It doesnâ€™t eliminate them, but it seems they have to be more fully formed than a set of notes in order to work with them in a federation. The federated model is, perhaps, a more accurate – er, useful? – model of how knowledge is distributed in both its commonality and difference than the commons-based model. It could be more fragmented than the commons-based wiki seems to suggest, but it could also be that the commons is pretty fragmented already but tarred over to conceal the differences. The matter that interests me is the dynamic of local construction and public distribution. Each contributor architects her own iteration drawn from publicly shared elements – right down to the paragraphs! – and places that iteration in public circulation. There are rhetorical possibilities in these circumstances that are worth exploring.

So: Augmentation, Federation, Distribution. Weâ€™ll see where this goes.

[Posted with iBlogger from my iPhone]

Blackboard and D2L are still at it: D2L making changes and Blackboard being indignant.

According to Blackboard, Desire2Learn failed to make several arguably easy changes that would have avoided infringement in future versions of the software, opting instead to rename features and keep functionality that was already seen as violating the companyâ€™s patents. The juryâ€™s decision in February, which awarded Blackboard $2.5 million for lost profits plus $630,000 in royalties, opened the door for an injunction that barred Desire2Learn from marketing or selling course management software in the United States up to and including the latest version, as well as subsequent revisions deemed â€œnot more than colorably differentâ€ from the existing versions.

[From Blackboard Accuses Desire2Learn of Contempt :: Inside Higher Ed

The changes do seem superficial, residing in the interface rather than the code or functionality –

â€œIn crafting version 8.3, Desire2Learn made only transparently cosmetic changes to the previous version of its software. For example, it renamed the â€™studentâ€™ role as â€˜user,â€™ without any change in functionality. Likewise, it deleted the â€˜default rolesâ€™ … from the database associated with the product, while leaving the productâ€™s source code essentially the same and keeping the productâ€™s infringing functionality intact,â€ the motion says.

In one case, according to the motion, the court suggested that Desire2Learn remove a feature that allows one user â€œto have multiple roles with a single login â€” a feature Desire2Learn repeatedly told the court was tiny and insignificant. Desire2Learn said that it could make that change easily and inexpensively. Blackboardâ€™s expert testified that such a design-around would be non-infringing. But Desire2Learn chose not to remove the infringing capability.”

My quick take on the matter is that any change D2L makes without a complete re-design is going to complicate the UI and compromise usability. Consider Apple’s Trash v MS’s Recycling Bin.

It might be better for all to move outside the fray (which is so Web 1.0 anyway), to open source, or something more closely tailored to learning – something more Web 2.0, something like, you know, maybe wikis.

Let me know how it all turns out, I’ll be over here.

Jakob Nielsen is back with some comments on web usability for 2008.. Users are getting even less patient with sites as the web develops.

There were two reasons for this, he said.

“The designs have become better but also users have become accustomed to that interactive environment,” Dr Nielsen told BBC News.

Now, when people go online they know what they want and how to do it, he said. This makes them very resistant to highlighted promotions or other editorial choices that try to distract them.

“Web users have always been ruthless and now are even more so,” said Dr Nielsen.

“People want sites to get to the point, they have very little patience,” he said.

“I do not think sites appreciate that yet,” he added. “They still feel that their site is interesting and special and people will be happy about what they are throwing at them.”

As the design bar goes up, so does the patience bar go down. But this comment I wonder about:

Web users were also getting very frustrated with all the extras, such as widgets and applications, being added to sites to make them more friendly.

As always, if a user senses a value in the widget, they will wait. As always, gratuitous widgets and tricks raise the hackles. Oi oi!